In the Know - Our Very Own Inspiring Youth of Today 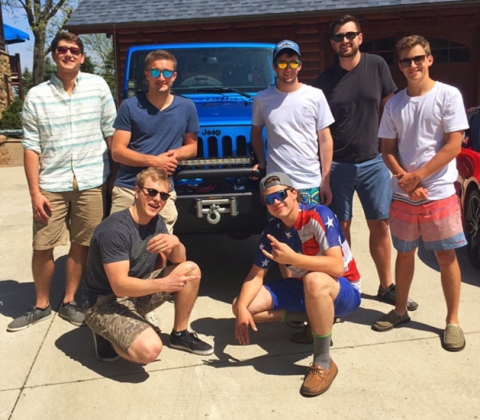 We are excited to share this inspiring and encouraging demonstration of support and generosity by a local group of young men!

Every Christmas season we are approached by generous groups and individuals who offer to sponsor families for Christmas. We are always overcome with gratitude for how this community steps up to care for others. This particular group has made its own special impact on our hearts.

For the last two holiday seasons, Justin Hanson of the Cormorant area has approached us about sponsoring families for Christmas…but what makes him stand out? Justin represents a unique group of young men from the area – the “CBoys” who have their own channel on YouTube.com. Folks can subscribe to their “CBoysTV”, in fact, 222,205 people already do! As a result, this thrill seeking group receives revenue from sharing videos of their adventures.

Here comes the inspiring part. These young, industrious men chose to spend a generous portion of their “extra” income making a difference for women and children who had escaped domestic violence and were living in our shelter, Mary’s Place.

What inspired them to do this? Justin says they had a desire to give back to the community where they grew up. He went on to say, “It means a lot to give to an immediate need and know it has an immediate impact. We are just helping good people who are in a bad situation. It doesn’t matter who you are and where you are from…anyone can be in that situation any time. We just think when you can, if you can, you should help. If you have the opportunity to do it, do it.”

While the CBoys were doing something meaningful for families we serve, they may not realize what they did also has had a lasting impact on staff at LCRC. Anna Sellin, Executive Director, shares, ”When Justin contacted me two years ago about sponsoring a family in shelter, I was shocked – they aren’t the typical demographic I hear from. But, I gave him some needs for a family that had recently arrived in shelter. When they arrived the next day with the gifts they had purchased for the mother and daughter, their sincerity and care was overwhelming. I’ve told the story of meeting them and the impact that it’s had on me many times and it still makes me tear up. Their intention may have been to help individuals in a bad situation, but they accomplished far more than that.”